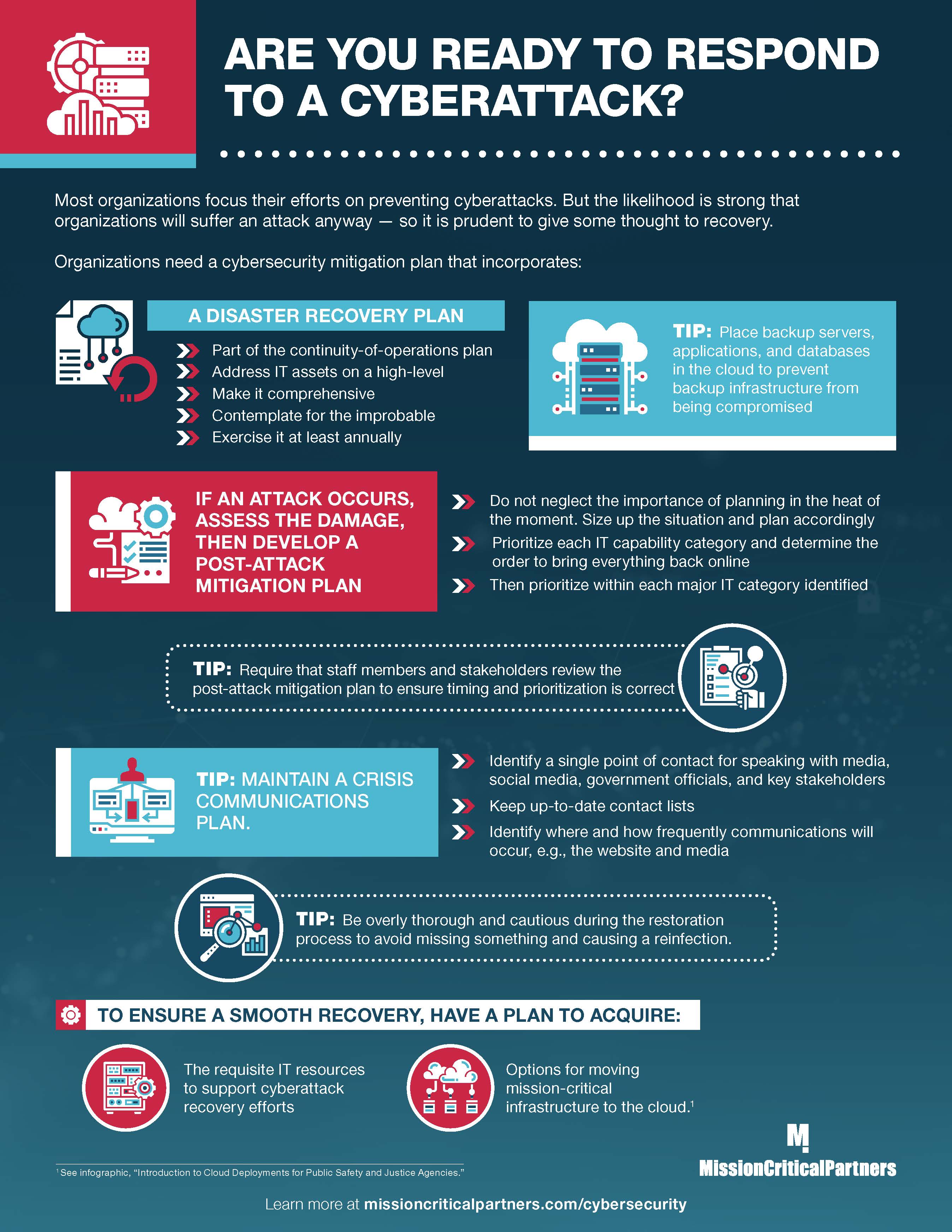 Are you ready to respond to a cyberattack?  They are likely to happen and your response plan will have direct bearing on your ability to mitigate such attacks, and on your cybersecurity posture as a whole.

Benefits gained from a cloud-based solution are considerable compared with traditional implementations methods. Not only are more state and federal public safety agencies moving the cloud, but cloud-based solutions also are being leveraged by mission-critical entities such as the 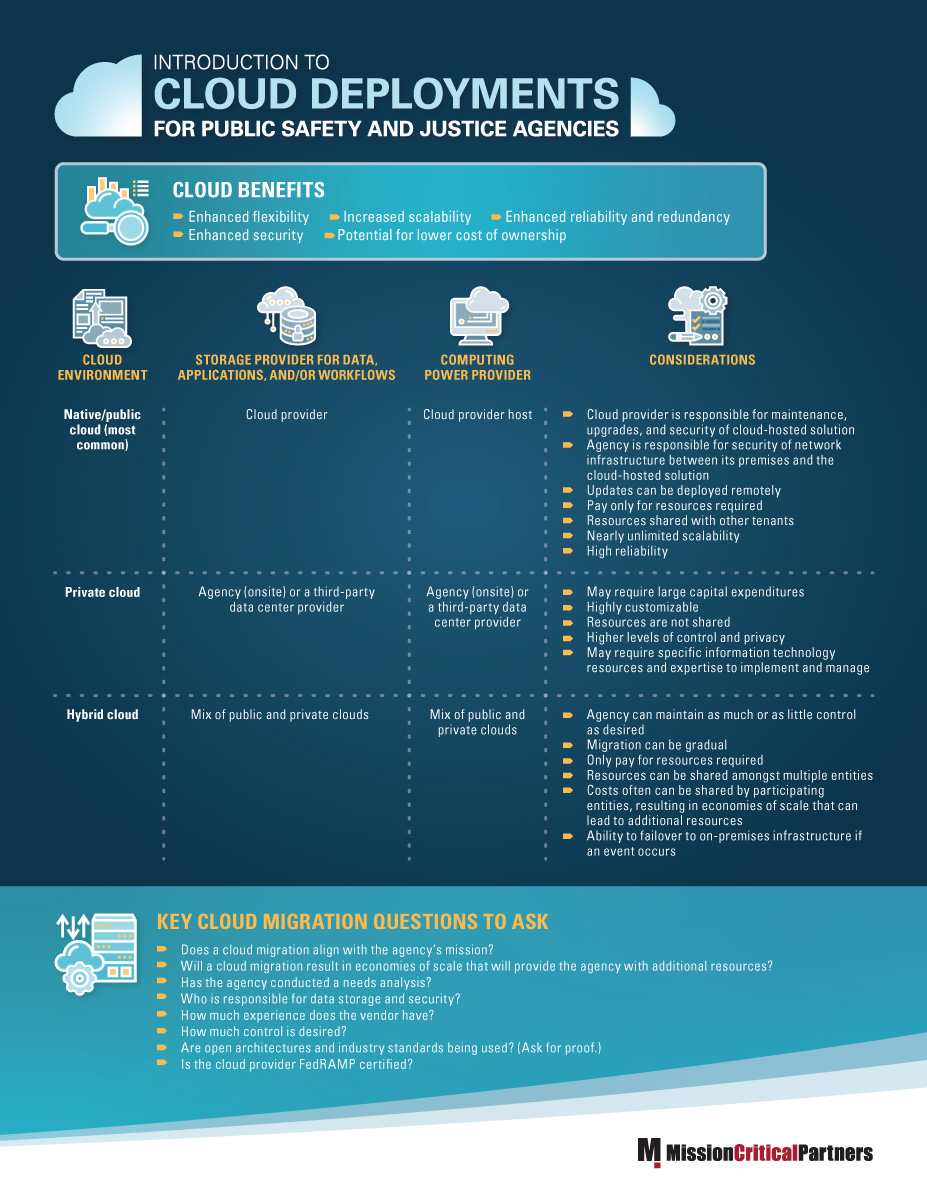 Cloud-based solutions offer some impressive benefits. Numerous innovations are being offered to enhance public safety and justice agency operations. Some agencies, however, may feel hesitant to adopt these due to a lack of familiarity. In this infographic, we introduce the varying types of cloud environments available today and explore the considerations associated with model.

Participants in the National Capital Region CAD2CAD initiative include the City of Alexandria, Arlington County, Fairfax County, Loudoun County and the Metropolitan Washington Airports Authority (MWAA), which consists of Dulles International Airport, Reagan National Airport and the Dulles Toll Road. They looked to expand the CAD2CAD initiative and establish a clear vision and governance structure, as well as determine how to make the model sustainable long-term.

There are several significant, disruptive technology and operations trends that Mission Critical Partners feels will set the stage for the future of public safety over the next three to five years. Public safety agencies must understand these trends, begin preparing for them now, and understand how to adjust their operations in order to adapt. They are trends that cannot afford to ignored.

"With MCP's help, we've identified the issues and challenges that stand between us and a successful regionalization effort. Now that we know it could work for us, we need to determine how to make it a reality and execute on that plan."

The County’s PSAPs were already sharing technology resources, but wanted to figure out if sharing services also made sense in terms of staffing and maintenance costs.

Automatic License Plate Reader System Plays a Key Role in Criminal Investigations Across the Region, Making it a Safer Place

In 2014, the Southeastern Pennsylvania Regional Task Force (SEPARTF)—which serves the Greater Philadelphia metropolitan region—received a UASI grant to implement an automatic license plate reader (ALPR) system that would support public safety agencies throughout the region. These systems typically cost upwards of $16K to procure, and install, per vehicle. And, to make an automatic license plate reader system successful, a number of ancillary factors must be consider including

SEPARTF knew that in order to take advantage of the enormous upside offered by an ALPR system, they needed an expert partner to turn their vision into their reality and maximize the return on their automatic license plate system investment.