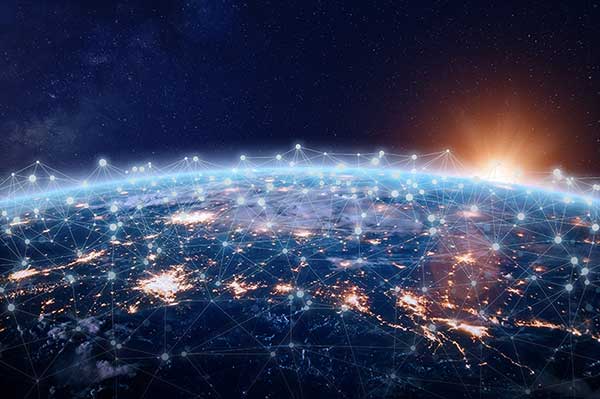 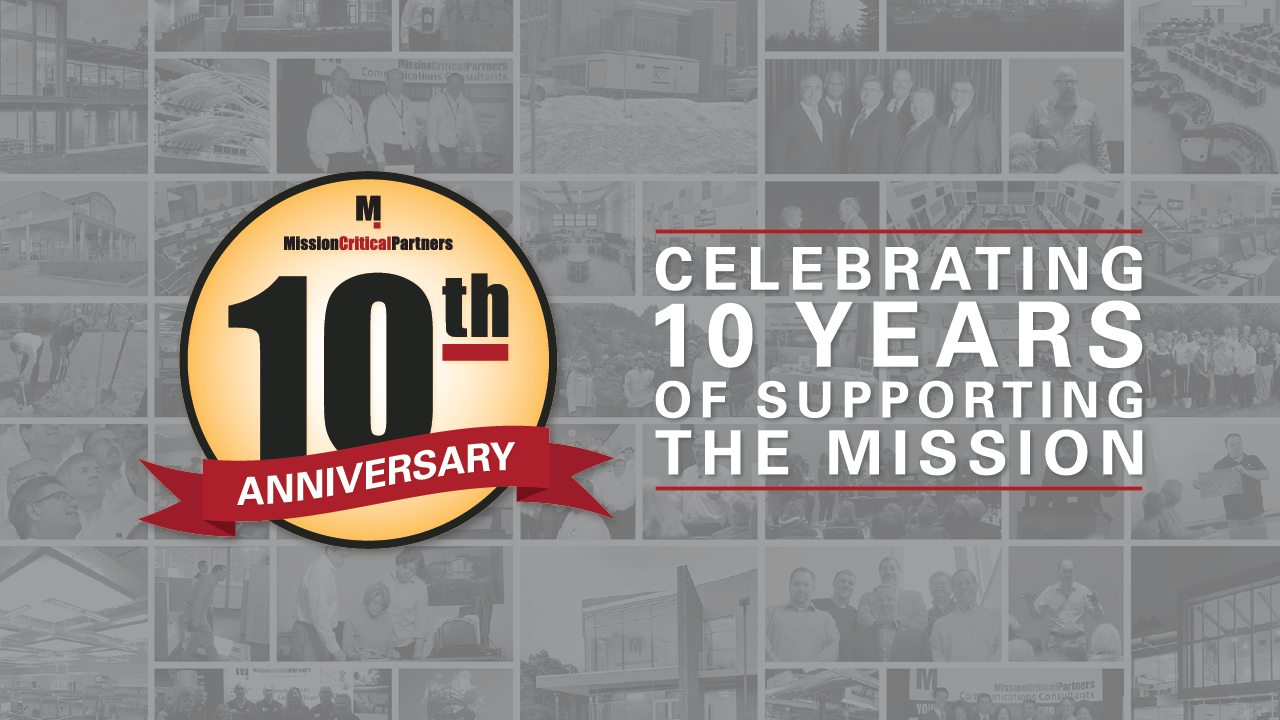 This month is very special for Mission Critical Partners: it’s the month we celebrate 10 years of being in business.

A decade ago, our co-founders—Kevin Murray, Brian Bark, and Len Kowalski—started the firm in makeshift offices above their garages and in their basements. They were joined shortly thereafter by David F. Jones and Dave Boyce. Together, the team of five worked countless hours and weekends to build a company consisting of innovators, engineers, subject-matter experts, former emergency responders and 911 center managers, and project managers, who share a common passion—improving life-safety outcomes. Since their humble beginning in 2009, the founders had a vision of growing the firm to 75 employees, the size they believed would give it influence in shaping the future of public safety communications. 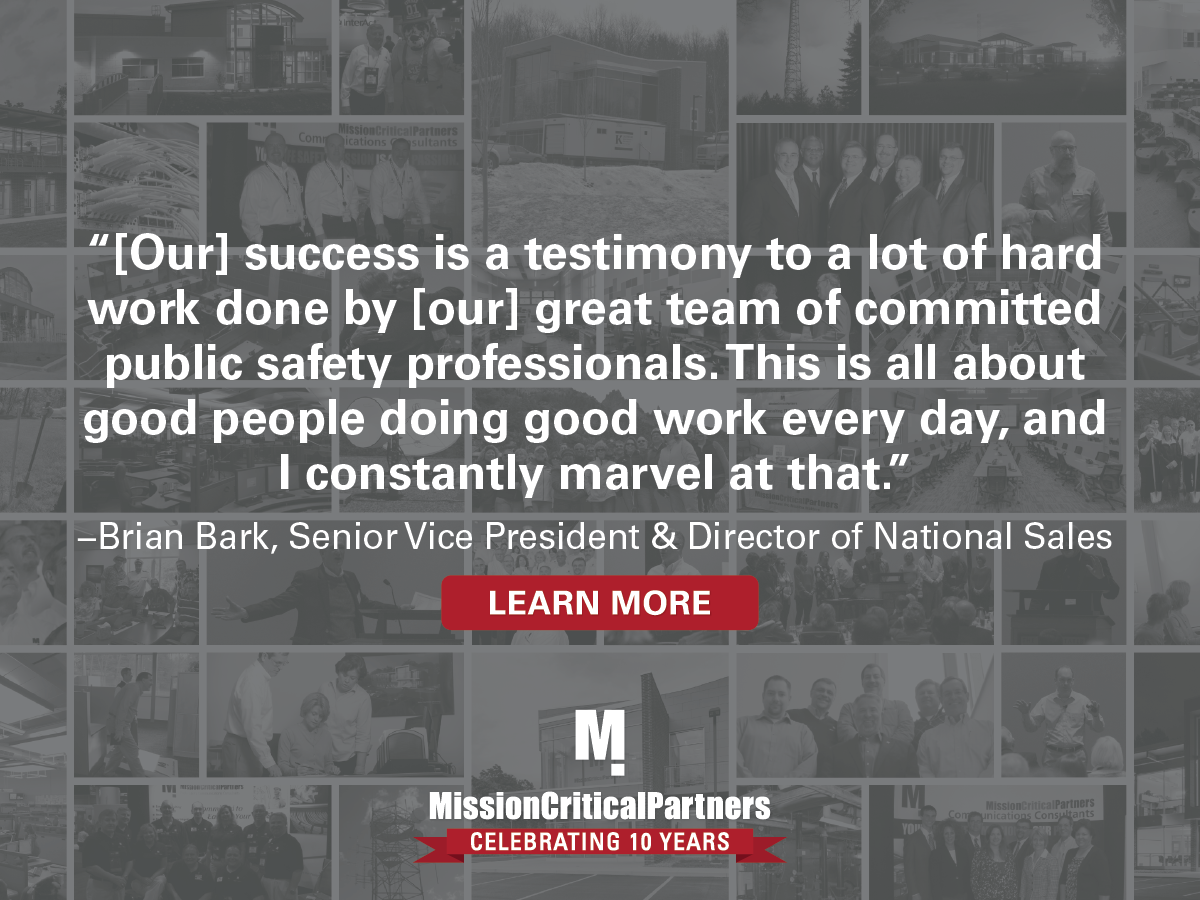 10 Years of MCP: An Interview with Brian Bark, Co-Founder

A previous post offered the memories and perspectives of MCP chief executive officer and co-founder Kevin Murray in marking the firm’s 10th anniversary, which is being celebrated in 2019. In this post, MCP Insights visits with another co-founder, Brian Bark, who today is the firm’s senior vice president/national sales director.

Brian: The biggest challenge was setting up the company—we were starting flat-footed. We always knew what we wanted to be, and collectively the vision always was consistent. But we had to set up the banking and insurance, and get the accounting and legal support, all the things it takes to start a company. We knew that we didn’t want to be a three-person company, and growing MCP to the point where it was influential in the industry also was extremely challenging. We had many client contacts when we opened for business, but they all were under contract. 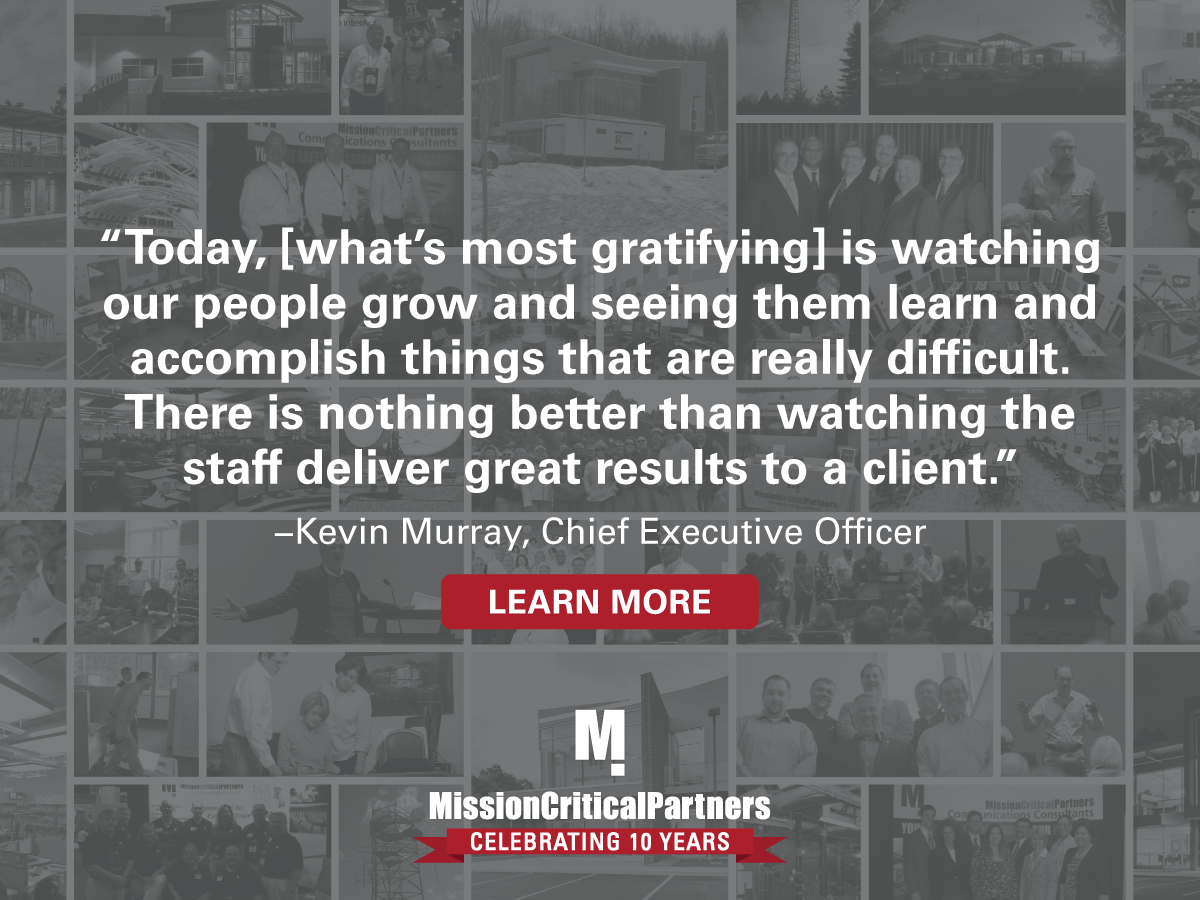 10 Years of MCP: An Interview with Kevin Murray, CEO and Co-Founder

"There is nothing better than watching staff deliver great results to clients."

Mission Critical Partners (MCP) is celebrating its 10th anniversary this year and to mark the milestone, MCP Insights visited with the three founders to capture their memories and perspectives. This installment features Kevin Murray, the firm’s chief executive officer.

Kevin: The biggest challenge was starting from scratch. It was a tremendous amount of time and work. We worked every day, from sunup to sundown, for a year. You have to choose a name and logo, you have to set up bank accounts and get business insurance, you’re writing proposals and making sales calls. On the weekends you’re putting desk furniture together. We were scrounging and scraping with everything we did. Luckily, we had each other—the ultimate triangle team—and some pretty understanding spouses. 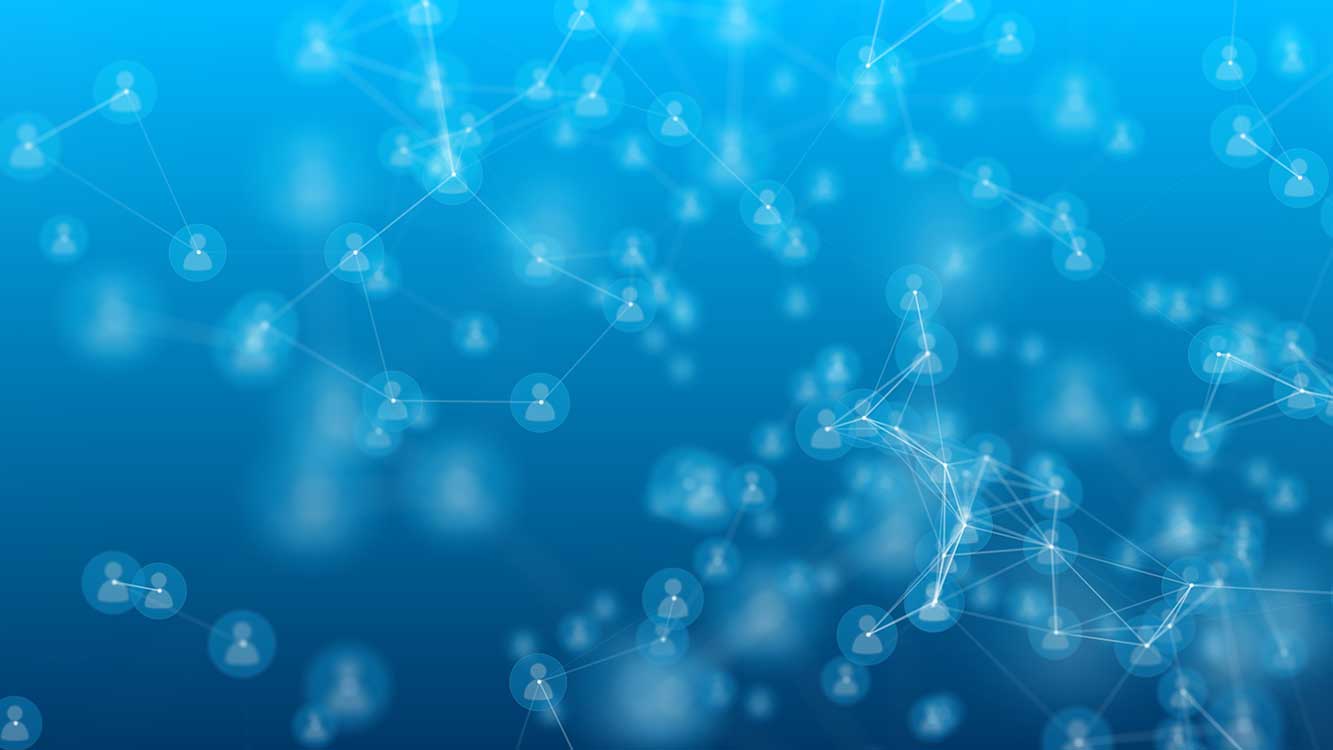 In a previous article on MCP Insights, we discussed in length how data will be king in public safety’s incredibly exciting new era. The torrent of rich data that is beginning to enter into 911 centers promises to have a profound impact on emergency response—but only if its harnessed effectively.

For the 911 community to realize the full value of data, several critical elements must be in place. One of those is a data management and sharing environment that provides useful and sustainable standards, requirements, and guidance. Not only must this environment support day-to-day 911 service delivery today, it must be flexible enough to support the industry’s future, next-generation data needs as well.

With today’s legacy 911 environment—which consists of localized, siloed systems—overcoming this significant hurdle will be difficult, but one that MCP believes not only is attainable, but also imperative. 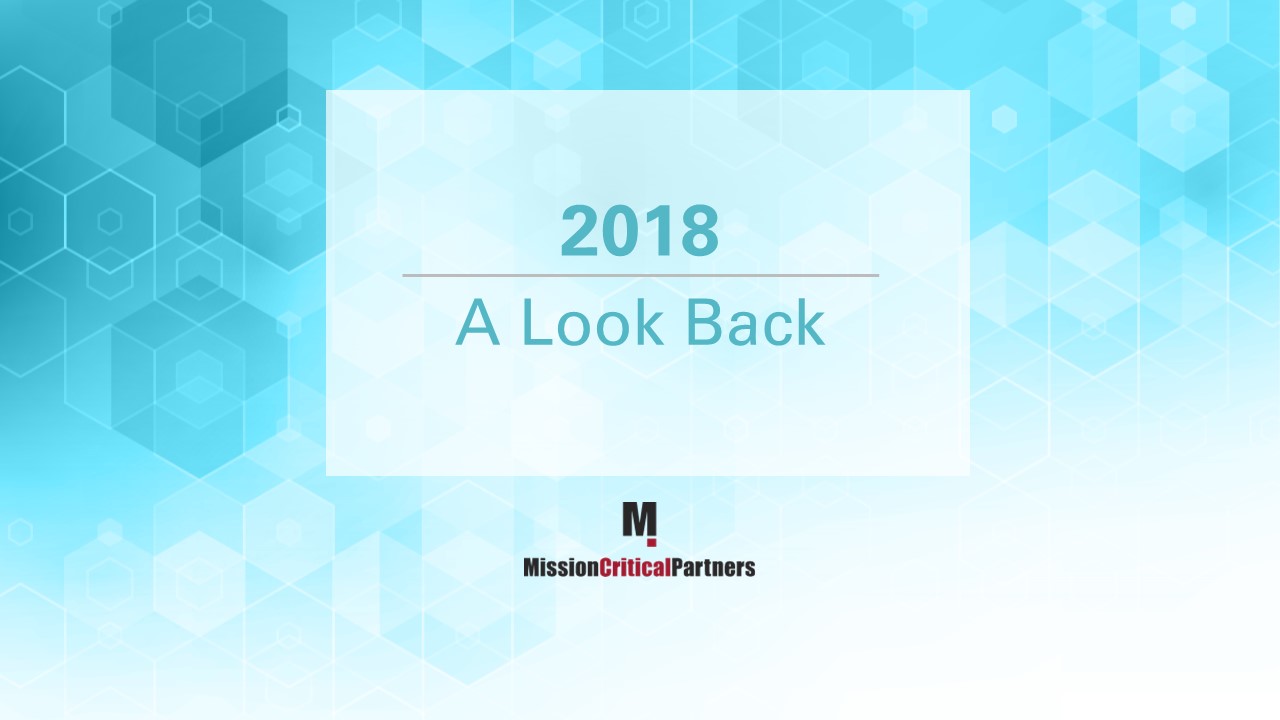 2018 was an exciting year in public safety and for Mission Critical Partners (MCP). We celebrated the 50th anniversary of the first 911 call and learned more about how social media data can impact PSAP operations and emergency response now and into the future. Meanwhile, the conversation around location accuracy continued to grow louder and technology and system upgrades, cybersecurity and staffing struggles remained top-of-mind for those in agency and PSAP leadership roles. 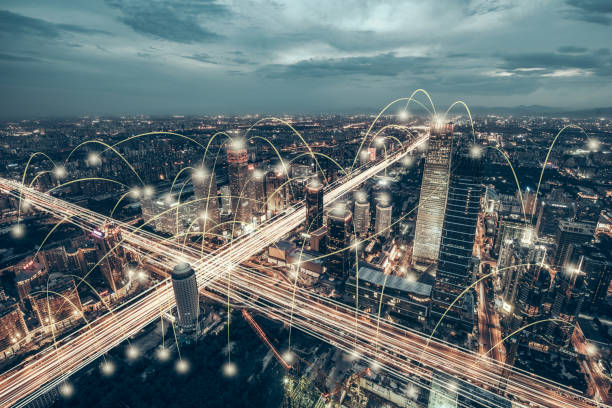 MCP + Athena: The Leading Provider of IT Services for Public Safety

Earlier this week, we announced that Mission Critical Partners (MCP) has acquired Athena Advanced Networks, enhancing our IT service offering and reinforcing our position as the industry leader in providing independent, holistic services for public safety infrastructure and operations.

The public safety industry is going through a time of unprecedented change. Our future will involve an increasing number of shared and integrated systems and networks. With that evolution comes greater complexity, more vendors, and most importantly, higher risk that must be managed in order to achieve and maintain reliable and efficient networks and operations.

Over the past several years, clients have expressed their need for more support to manage this complexity. MCP joining forces with Athena will significantly expand our ability to help our clients have real-time visibility and control over their public safety systems.

These are the benefits we expect our clients to realize from this partnership: 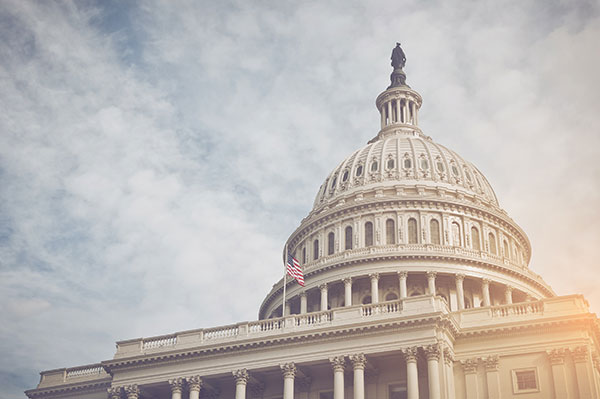 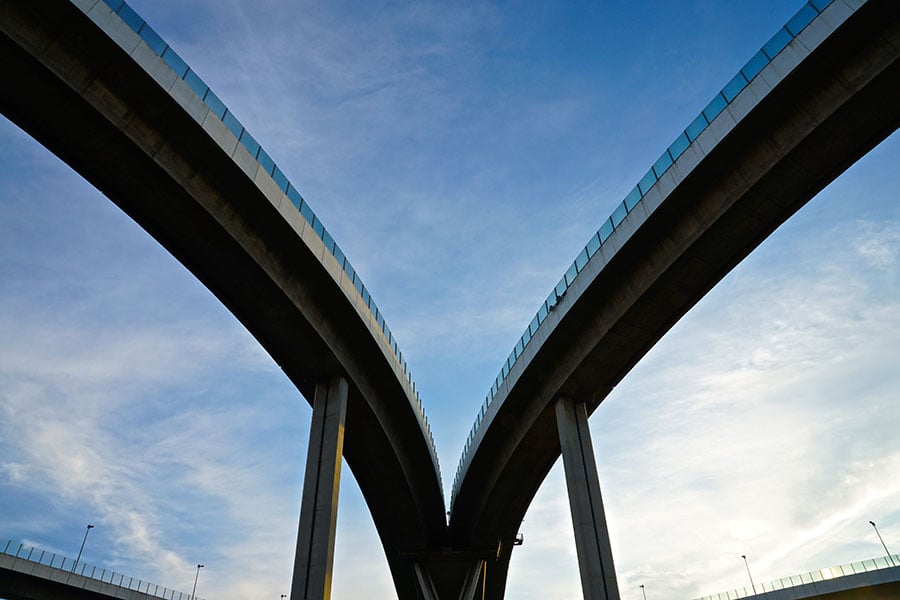 Last week was a great week for public safety—at least we think it was. Let me explain.

CTIA, the trade association that represents wireless communications carriers, announced that the four largest nationwide wireless carriers in the United States—AT&T, Sprint, T-Mobile and Verizon—will integrate device-based hybrid (DBH) location solutions into their networks. DBH technology has evolved rapidly, and trials have shown that they deliver location information much faster and much more accurately than the Wireless Phase II data delivered by the location technologies currently employed by the carriers.