At MCP, our mission is to help clients improve emergency response outcomes.

Depending on the client and its unique environment and resources, this could mean providing guidance regarding technology, operations or governance, and often all three. The overarching goal is to ensure that 911 callers receive the most appropriate emergency response as quickly as possible. Lives often are on the line in an emergency, and every second matters.

Achieving a balance between sending the optimal response to an emergency and having it arrive as fast as possible is tricky. In fact, it is analogous to walking a tightrope. To achieve the former, many emergency communications centers (ECCs) rely on standard protocols developed for each type of emergency call that they receive, typically law enforcement, fire/rescue and emergency medical services. 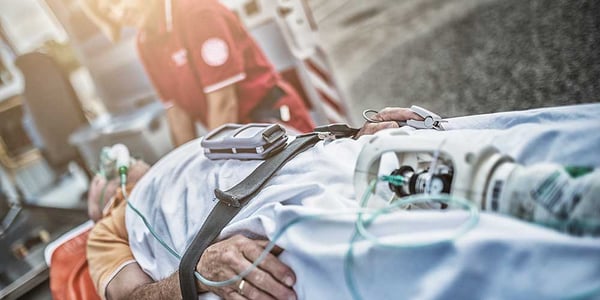 These protocols enable 911 telecommunicators to systematically query callers to determine the exact nature of their emergency. The answers provided enable telecommunicators to dispatch the appropriate response—both personnel and equipment—and to provide critical prearrival instructions in many instances that often mean the difference between life and death.

But it takes time to work through these protocols, occasionally too much time. Though it doesn’t happen often, when response is delayed, the person experiencing the emergency can be severely impacted. This creates quite a conundrum for the emergency response community. If telecommunicators move too fast through the protocols, they might send the wrong response. If they move too slowly through them, the response might not arrive in time. Both are bad outcomes for the person who needs help.

This challenge is exacerbated by the enormous volume of 911 calls that ECCs handle, about 240 million annually nationwide. This figure is expected to rise significantly over the next few years, driven by sensor-initiated calls generated by smartphones, alarm systems and Internet of Things (IoT) devices (e.g., wearable medical monitors). As call volumes rise, telecommunicators who already are under-staffed, under-trained, and under siege in many ECCs will be subject to even greater pressures as they work to send the correct response in the shortest amount of time.

So, what the 911 and emergency response community needs is a better way to triage emergency calls.

The 'Right Care, Right Now' Approach in the District of Columbia

A step in that direction was made by the District of Columbia a few years ago. The district launched the “Right Care, Right Now” initiative to address the large number of low-acuity medical calls its ECC receives. Such non-life-threatening medical calls—e.g., sprains, flu-like symptoms, a minor cut requiring stitches, stomach pains—do not qualify as basic life support (BLS) or advanced life support (ALS) incidents. Nevertheless, ECCs from coast to coast receive a lot of them. And when they do, they typically are obligated to dispatch an ambulance/EMT/paramedic to the incident to assess the patient’s condition and, in many cases, transport the patient to an emergency room. The former is required regardless of the severity of the incident.

The district’s approach centers on a nurse triage line managed by a third-party provider of healthcare services throughout the Washington metropolitan area. When a 911 call is placed, it first is fielded by a 911 telecommunicator. If it is a medical call, the telecommunicator, using prescribed protocols, determines whether the call should be transferred to a registered nurse for triage. If so, the nurse will ask the caller another series of protocol-based questions.

The nurse determines the appropriate medical care for the caller. In some instances, the nurse will work with the patient to schedule a visit with his/her primary care physician and arrange transport via a taxi or ride-sharing service, or a family member. If it is determined that the caller should be given immediate care, the call will be transferred back to 911, where a telecommunicator will dispatch an ambulance and any other appropriate response.

While 911 telecommunicators still are involved in the calls, the program is designed to relieve the operational and financial burdens on the emergency response system—ambulance responses are expensive—in several ways:

Reducing the Number of Unverified Alarms

Here’s another, more recent, example of 911 call triage. The Partnership for Priority Verified Alarm Response (PPVAR) is working with the alarm industry to reduce the number of unverified alarms—in particular false alarms. (John Chiaramonte, president of MCP’s consulting division, is a PPVAR board member.)

According to the Security Industry Alarm Coalition, alarm companies generate roughly 23 million notifications each year—and nearly 100 percent of them are unverified. This represents about 10 percent of the total volume of 911 calls made—and some communities report that alarms account for as much as 20 percent of all calls to 911. This is a big problem.

The contact between the alarm company and the agency is expected to leverage the ASAP-to-PSAP (Automated Secure Alarm Protocol/Public Safety Answering Point) standard, which enables machine-to-machine transactions. Doing so would reduce the number of voice calls that tie up phone lines and require interaction with a 911 telecommunicator. This is significant, because today every alarm notification generates from three to five 911 calls from the alarm company—the original activation with multiple follow-up calls.

Every ECC and emergency response agency would benefit from improved 911 call triage, especially a reduction in the number of calls that 911 telecommunicators have to handle. Many of MCP’s 150-plus subject-matter experts have deep experience and expertise in 911 and emergency response call flows and workflows, as well as operational analysis. They would love the opportunity to support you in this important goal—please reach out.

Darrin Reilly is MCP’s chief operating officer. He can be emailed at DarrinReilly@MissionCriticalPartners.com.