On December 8, Mission Critical Partners (MCP) kicked off its tenth-annual, two-day extravaganza in Pittsburgh, an event that brings together all 125 MCP professionals from around the county, as well as keynote speakers and several clients. The purpose of the event is to discuss in detail emerging and industry-changing topics, network, inspire, and educate MCP professionals on the biggest topics impacting public safety.

The key theme that emerged at this year’s end-of-year event was the need for the public safety community to figure out ways to harness the tremendous amount of data that could be available to first responders in the nation’s emergency communications centers (ECCs) and in the field.

As recently as a decade and a half ago, data largely was an afterthought in the public safety community. At the time, most public safety agencies still were using land mobile radio (LMR) data systems with transmission speeds of 9,600 baud or less, even though mobile data computers that leveraged commercial wireless air cards started to replace LMR-based narrowband data systems a few years prior. This meant that text messages were the alpha and omega of mobile data for most agencies.

Now look where things stand today. A tremendous amount of data already exists that could: enhance situational awareness dramatically; introduce greater intelligence into emergency response decision-making; and keep emergency responders in the field safer. This data will be supplemented in the coming years by a torrent of data generated by sensors and Internet of Things (IoT) devices.

But the data needs to be harnessed in such a way to make it highly contextual and easily digestible—otherwise it will have no utility.

Kevin Murray, MCP’s president and CEO, summed up the current situation succinctly and cogently when he said during this year’s event that, “Data is the oil of the 21st century—it needs to be refined or it has no value.” Another analogy that I think works is this: trying to leverage data in the current environment is like drinking from the proverbial firehose; what the public safety community needs to do is get things to a point where it feels more like drinking from a water fountain—which has tremendous utility. 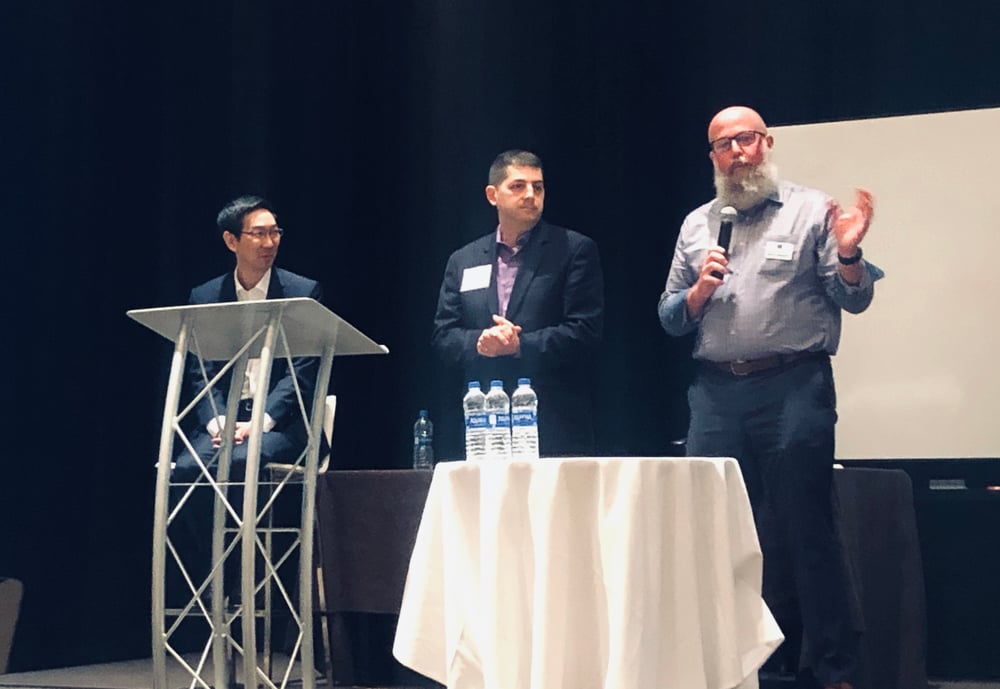 MCP is working with ADT and Princeton on separate projects designed to determine how data can be used more effectively to enhance emergency response outcomes. Tom Nakatani, vice president – customer monitoring services for ADT, also spoke about the data-harnessing need in a keynote session during the event. He spoke about refining enormous amounts of information—using data analytics and artificial intelligence (AI)—into smaller volumes of highly contextual, actionable data. Right now, the torrent of unfiltered data stemming from public safety broadband communications is too much to comprehend. This means that it can’t be used to make sound and rapid emergency-response judgments, essentially rendering it useless. All of this rich data needs to be electronically and automatically harnessed—human intervention only slows things down and increases the possibility of error.

A podcast was played during the event that featured Keller Taylor, infrastructure operations manager at Princeton University’s department of public safety. He agreed that raw data adds very little value, but is encouraged about the progress already being seen in the vendor community regarding data harnessing, particularly as it relates to AI. He also spoke about the impacts of well-refined data making it into ECCs, particularly on telecommunicators, who for the first time will be “placed into the incident.” This will profoundly impact hiring practices, training regimens and post-incident stress debriefings, among other operational elements.

As I listened to Kevin, Tom and Keller speak about the enormous opportunities and challenges associated with data harnessing in the emergency response environment, my mind drifted a bit to a relative who was a Chicago firefighter. I’ve written about him before, and I hope you’ll indulge me again here. I thought about the time that he miraculously crawled out of the rubble of a building collapse. I have no idea how long he was buried—this happened when I was a child—but I’m guessing it was quite a while. Then I thought about what it might be like if that event happened today, given the technology that exists, in an environment where data is well-harnessed. I imagined a drone equipped with a thermal-imaging camera hovering over the rubble, sending heat-signature data to a command post. The firefighter undoubtedly would be found much quicker, significantly increasing his chances for survival.

Wouldn’t that be awesome?