Nearly everyone is familiar with the story of Rudy Ruettiger, best known simply as “Rudy,” who walked onto the University of Notre Dame football team in the mid-1970s, despite being just 5-feet-6-inches tall and weighing a scant 165 pounds. Rudy had dreamt of playing for Notre Dame since childhood. After working extremely hard, Rudy was promoted to Notre Dame’s scout team, which helps the varsity prepare for its game each week.

Coach Dan Devine allowed Rudy to dress for the team’s final home game against Georgia Tech. Unexpectedly, Devine inserted Rudy for three plays. On the final play of the game Rudy found himself at—of all things, given his diminutive size—defensive end. Unbelievably, Rudy then sacked the quarterback. His tale is one of legend, and it was turned into a very popular feature film. As inspirational stories go, Rudy’s is difficult to beat.

Nevertheless, there is an important question that should be asked: should Rudy have gone through all of this? I think the answer is a resounding “no.” Sure, this is a great story about hard work and persistence, and it had a happy ending in that Rudy realized his long-held dream, if only for a few plays. But this took an enormous amount of time, effort and even pain. Let’s be honest—playing football wasn’t one of Rudy’s strengths.

It is natural to wonder what Rudy could have accomplished if he had devoted that time and dedicated effort to something that was a strength, i.e., an area in which he had talent, something that was in his proverbial wheelhouse. People tend to perform better, and sometimes achieve great things, when they are working in areas of strength.

In a sector like public safety, where lives are on the line every day and every second matters, it is incredibly important to ensure this. Let’s consider the role of telecommunicator. Not everyone is cut out for its rigors. Telecommunicators must be able to work under a tremendous amount of stress, to analyze, to think fast, and to bounce back quickly. When someone is hired as a telecommunicator who doesn’t possess the right stuff, so to speak, the risk of error rises dramatically—and so too does the likelihood that lives will be lost.

So how does a public safety agency ensure that all of its personnel are working in areas of strength? Here’s one way of going about it.

When Brian Bark, Len Kowalski, David Jones (the first) and I were working at our previous firm, we took the StrengthFinders assessment, which we know today as CliftonStrengths. The assessment identifies a person’s strengths as well as weaknesses. It’s important to identify both, and to help a person discern between them, so that strengths are leveraged, and weaknesses are resolved. 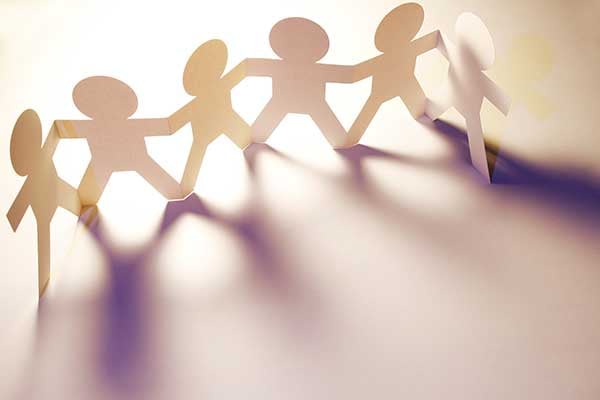 What Brian, Len, David and I learned was telling and ultimately foundational to MCP’s creation and development. In fact, it was eye-opening. My strengths are in vision and planning, Brian’s are in relationship-building, Len’s are in execution and David’s are in influencing. The exercise helped us better understand how we could play off each other. It helped us understand who we were and, just as important, who we weren’t. This enabled us to shift tasks to the person best-equipped to perform them, and to perform them better than any of the other members.

This assessment, which has been a key tool since the firm’s founding, has other benefits. When one is trying to identify future leaders, it is very helpful to know who has the requisite bona fides. Not everyone does. But organizations often migrate people into positions, often as way of rewarding them for past successes, without considering whether they have what it takes to handle their new responsibilities.

We see this often in the 911 community. I’ll again use telecommunicators, though I am not picking on them. Often, those who have performed their jobs well over a long period of time are promoted to supervisor, only to flounder because they are not well-suited to the job. CliftonStrengths would help those organizations avoid that scenario. As I suggested in a previous post, it’s all about ensuring that round pegs land in round holes.

Once leaders are identified, they must build their teams. CliftonStrengths is the first step in doing so—or at least should be. The assessment ranks a person across 34 categories that are divided amongst four major categories. The assessment helps leaders better understand what prospective team members can and cannot do, so that they can decide whether to invite them onto the team, or whether they need some coaching in an area or two to help them perform better. The idea behind effective team-building is creating balance—in other words, ensuring that each member’s strengths are complementary to the others’ strengths.

This is what Brian, Len, David and I were able to do in MCP’s early days—and CliftonStrengths, nee StrengthFinders, was one of the tools we used that helped us do it. Based on our experience, this is a tool that every public safety agency should use.