Fortunately, technology is coming to the rescue, as it almost always does sooner or later.

The problem has been that for a very long time conventional wisdom dictated that everything placed on a fire apparatus or into an ambulance had to be beyond indestructible. This meant that ambulances and fire engines generally were equipped with rugged tablet computers, most often Panasonic Toughbooks. They were durable but expensive, in the range of $7,000-$8,000 per unit, which was a challenge by itself. But the bigger challenge was that they required someone to type to input electronic patient care reporting (ePCR) data. Emergency medical technicians are adept at performing cardiopulmonary resuscitation, conducting an electrocardiogram test or stanching a wound that is bleeding profusely. But typing? Not so much. Exacerbating the situation is that collecting such data is not their priority—saving lives is.

The results are devastating from a billing perspective. Often, EMTs never input the data, which makes billing impossible. Other times, typing errors occur that result in incorrect bills being sent. For example, the rates charged for advanced life support services typically are higher than those charged for basic life support; if a wrong code is typed, or the narrative doesn’t support the code that was input, then it is likely that the service recipient will be charged incorrectly. If they are undercharged, then the EMS agency won’t receive the correct fee. It’s also possible that they will be overcharged, which causes an entirely different type of heartburn. 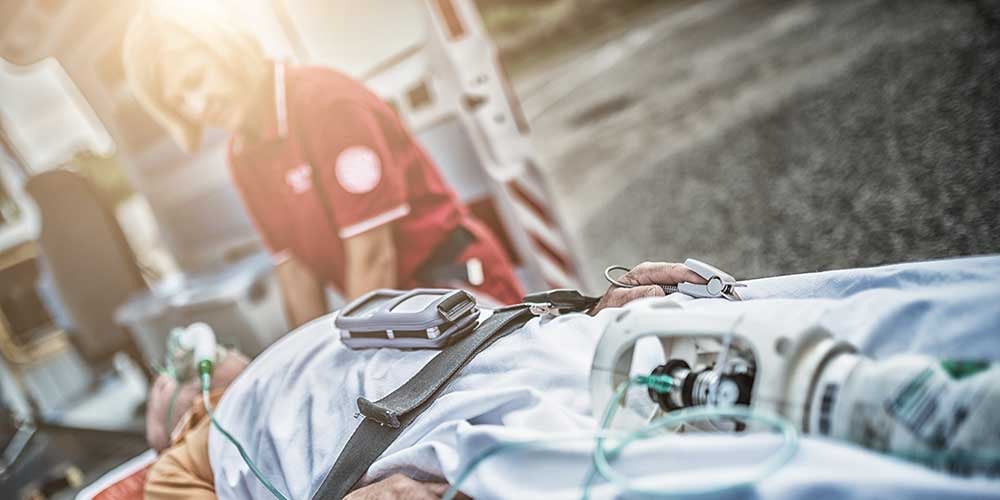 So, the goal of every EMS agency should be to bill service recipients correctly and promptly. The good news is that ambulances and fire engines increasingly are being outfitted with tablet computers that cost only $700-$800 per unit—one-tenth that of a rugged laptop—in which very useful applications have been installed that make capturing the information needed for effective patient billing much easier. For instance, the tablet’s camera can take an image of the patient’s insurance card, eliminating the need to input account numbers that often are typed erroneously. Moreover, insurance cards usually contain several plan, account and patient numbers, and EMTs don’t always know which ones to capture. The ability to capture an image of the card eliminates the confusion.

In addition, a scanning application can capture the patient’s driver’s license information, again, reducing the chance of error. Meanwhile, voice recognition/transcription software enables EMTs to verbally input the emergency’s narrative into an electronic form that has been preloaded into the device. Quality in equals quality out, and the easier an agency makes it for personnel to capture data, the better data quality will be.

Thanks to such technology breakthroughs, ePCR data now can be captured easily, efficiently and correctly, and then self-populated into the billing platform. This in turn enables a correct bill to be sent to the service recipient with the click of a button.

The Role of Governance

While technology exists to solve the EMS sector’s billing problems, governance reform also is needed. An intuitive question might be, why don’t EMS agencies work harder to bill for the services they provide? One answer is that, in many places, the money collected does not flow back to the agency but rather to the municipality’s or county’s general treasury. This creates a very significant disincentive. But such situations can be overcome with just a small amount of creative thinking. For instance, we know of a municipality that negotiated with its fire/EMS union a 50-50 split of all revenue collected above an agreed-upon threshold. All of a sudden, the EMTs were highly incentivized to collect high-quality ePCR data, because the amount of the check they would receive depended on it. An interesting corollary driver emerged in the form of peer pressure, which further motivated each ambulance crew to keep data-collection rates high.

MCP has a great deal of expertise in this area and we would love to work with you to implement or enhance a billing program for your agency—please reach out.

Jose Marti is an MCP consultant with more than 30 years of fire and EMS experience and retired at the division-chief rank from a South Florida agency. He can be emailed at JoseMarti@MissionCriticalPartners.com.