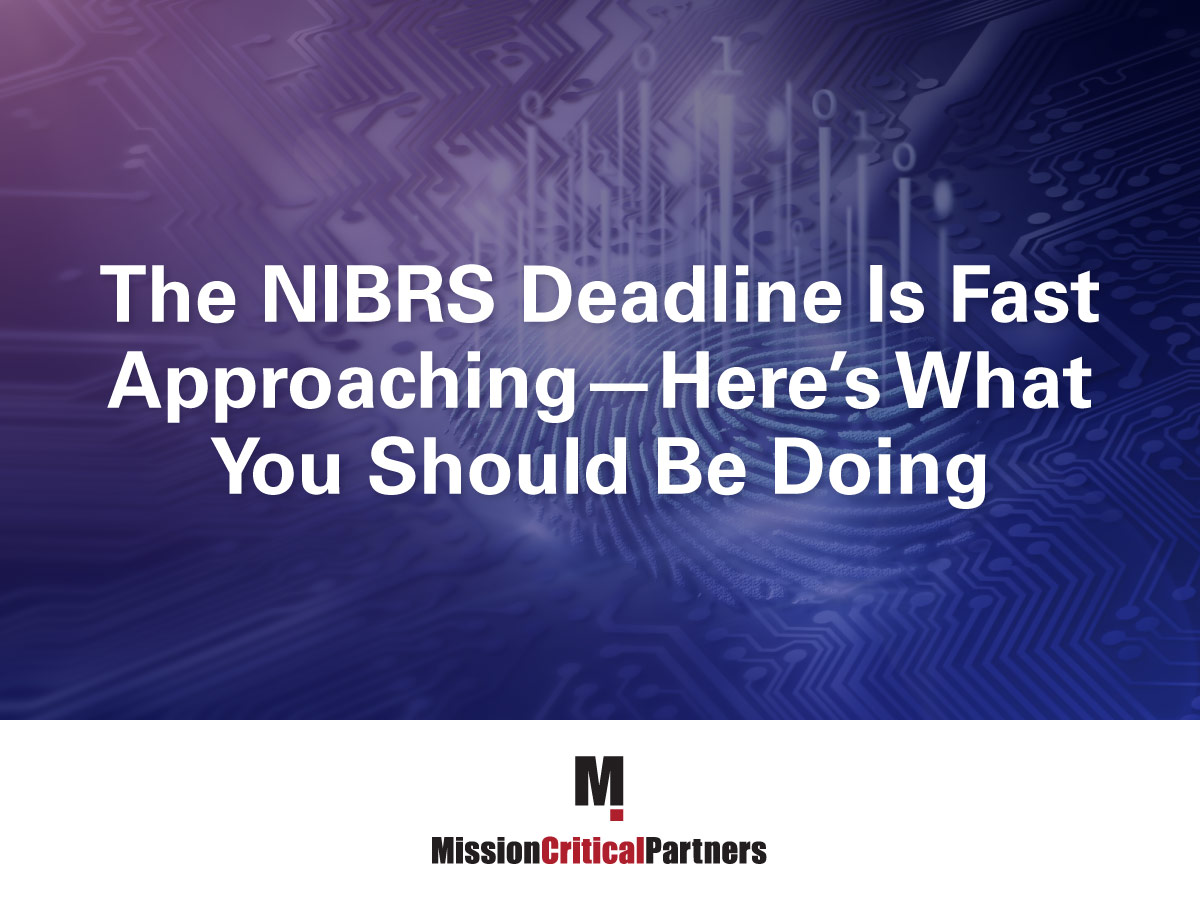 The Federal Bureau of Investigation (FBI) wants all U.S. law-enforcement agencies using NIBRS. Four years ago, the bureau issued a mandate to that effect, and established a January 1, 2021, deadline for completing the transition. It also identified sanctions for noncompliance. One is that law enforcement agencies that choose not to transition to NIBRS no longer will have their data included in the FBI’s nationwide crime statistics. More onerous is that they may lose some of their federal funding.

If your agency has begun the transition but is struggling (i.e., the second bucket), enlisting the services of a third-party consultant can speed things along and get you across the finish line. If your agency is in the third bucket, well, you’re not going to meet the deadline. But not all is lost. If an agency establishes a commitment to the NIBRS transition and can show some evidence to that effect—including a timeline for completing the task—the FCC may grant a waiver concerning the deadline. Here too a third-party consultant can be invaluable in terms of lighting and clearing the path.

MCP has a team of subject matter experts who are well-versed on NIBRS and they would love to help your agency cross the finish line. The first suggested step is to read our recently published whitepaper, which provides depth on the rationale for NIBRS, explains why the system is a big improvement over how crime statistics were gathered previously, and identifies the specific task categories necessary for completing the transition. Or, listen to our on-demand webinar, "Moving to NIBRS: Preparing Your Agency for Compliance and Options to Consider," at your convenience to hear additional strategies.

The second suggested step is to reach out to MCP’s Jim Pingel and let him pull together a strategy to help your agency complete the NIBRS transition and stay off the FBI’s radar screen. Reach out to him at JimPingel@MissionCriticalPartners.com.