How can the industry buck that trend?

The public safety industry has always struggled with technology evolution: it takes significantly longer than it should and the process is far inefficient. Case in point – it took more than four decades to make 911 service available to the entire country.

We studied a well-known theory published by Everett M. Rogers, a professor of rural sociology in 1962 at the Ohio State University, to provide insights into why. His theory, called the "Diffusion of Innovations", describes how innovation adoption plays out in any given social group. The model has been used to demonstrate how industries adapt to transformative change, such as new technologies, and it is particularly relevant to how the implementation of NG911’s is taking place within the public safety sector.

In general, the theory discusses five key groups and classifies them based on common characteristics they share when adapting to a significant change like NG911:

To help depict our prediction, we adapted Rogers’ chart from the Diffusion of Innovations book to Show how we expect NG9-1-1 adoption to take place. View it below and feel free to share as you build your roadmap to NG911. 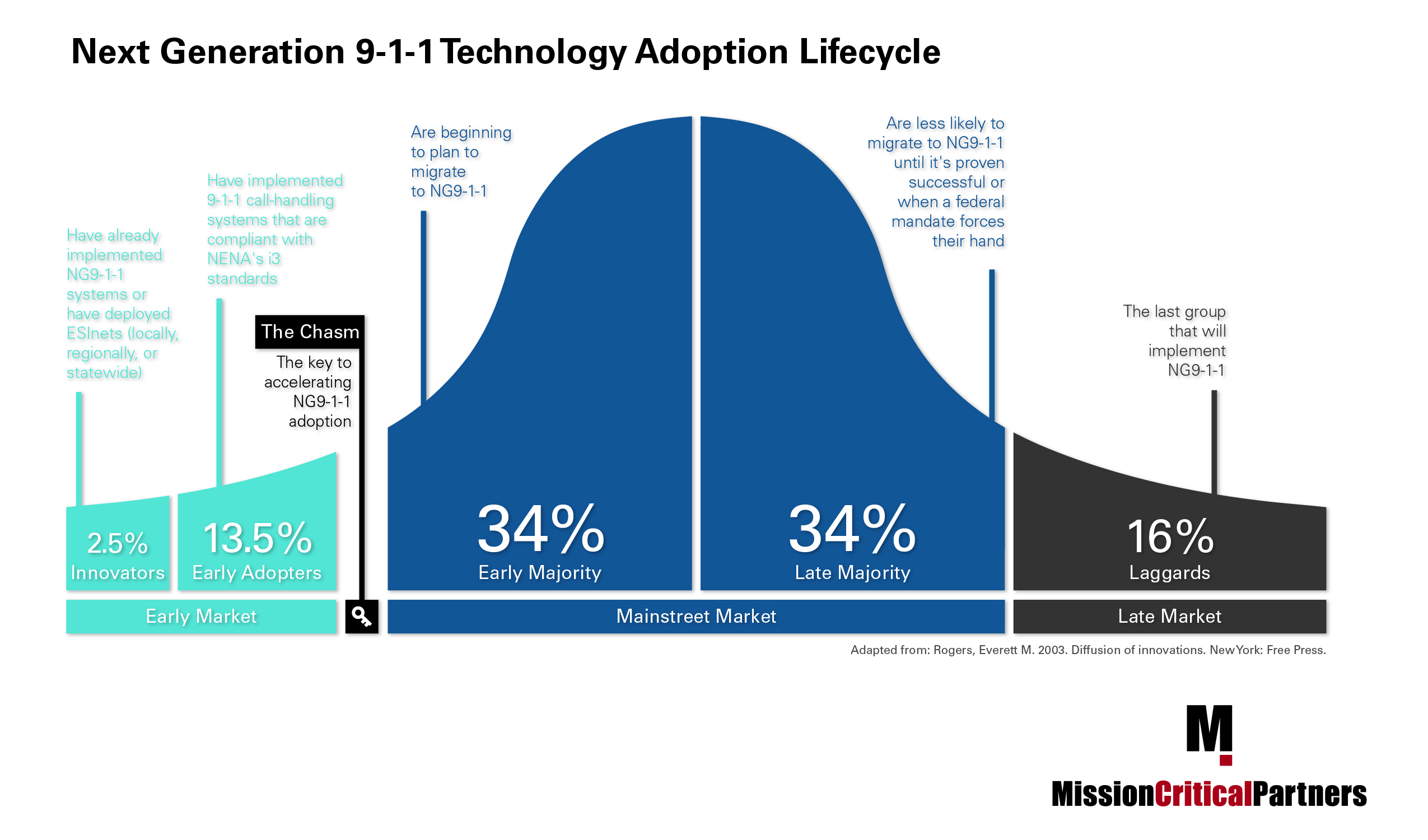 A key element of this technology adoption curve is the chasm – also known as the gap between the early adopters and the early majority. If the chasm can occur at a faster pace, a domino effect that results is a rapid acceleration of adoption takes place.

In our recently released report, we investigate this concept and discuss what it will it will take for public safety and 9-1-1 to clear the chasm.

Where does your organization belong on the Next Generation 9-1-1 technology adoption lifecycle?