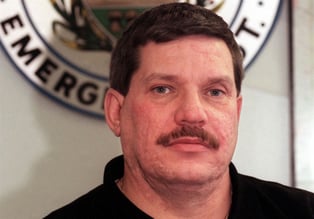 Chief Full was a firefighter, paramedic, and emergency management expert whose impact on Pennsylvania’s emergency services cannot be overstated. He was a dedicated public safety leader who began his career as a volunteer firefighter in Forest Hills, PA, eventually becoming a pillar of the state’s emergency management system. Chief Full believed wholeheartedly that the role of public safety was strictly to serve others, and anything less was doing a disservice to the community, as well as the agency.

His passion for the mission, and compassion for those he served, eventually led him to play a key role in the creation of Allegheny County’s centralized 911 system. Previously the county had 30 municipal emergency dispatch centers across its 130 municipalities, this would lead to unnecessary confusion and, ultimately, delays in emergency response. Today, there are 13 dispatch centers which, in conjunction with the county’s 911 center, are used by most municipalities to handle calls for fire, police and emergency medical services. While many local agencies were reluctant to give up control, with some convincing from Chief Full, many were able to put their egos aside for the good of their communities.

“We are saddened by the loss of such a prominent figure in the public safety community,” said Brian Bark, MCP co-founder. “Many members of our team worked with or for Chief Full at one point or another in their careers and it is our hope that we’re able to continue his legacy through our work in Pennsylvania and beyond.”

Chief Full will be missed by all of those at MCP who knew and worked with him throughout the years. You can learn more about him and his contribution to public safety in Pennsylvania here.

Bob spent more than 30 years in public safety. His deep commitment to serving his community and saving lives was evident throughout his career and his technical expertise and vast industry knowledge helped to protect not only the community, but its first responders, as well. Over three-plus decades, he helped to implement nearly every 911 technology advancement in some form or fashion.

Bob had been a member of the Department of Emergency and Customer Communications for the city of Alexandria, where he served as public safety systems administrator since 2016. In 2020, he leveraged his expertise and experience to lead the city to become the first in the U.S. to enable 911 and 311 call takers to answer calls at home. His hard work and dedication helped to keep DECC staff safe by reducing the risk of exposure to COVID-19 while maintaining continuity of service to the community. He shared his experience with MCP and other industry leaders as a panelist during the Conference for Advancing Public Safety in June, and in Police Chief Magazine’s July/August issue.

“Bob’s expertise and experience, and, particularly, his leadership in pioneering remote work for telecommunicators over the last several months, were invaluable to the public safety industry,” said Bonnie Maney, enterprise client manager with MCP. “Our sincerest condolences go out to Bob’s family and friends, as well as the rest of the team in Alexandria. We have truly lost an innovator.”

The MCP team considers itself lucky to have learned firsthand from Bob in recent months. You can learn more about Bob and his work to advance public safety here.