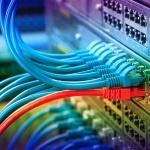 What public safety managers don't know that can hurt them

Despite this interrelation, public safety managers often do not have a holistic perspective on how these systems interact. In some cases, they aren’t even aware of all of the systems and applications that are being leveraged by the agency.

This is problematic on several levels:

Read to learn more about steps you can take to stengthen your knowledge of your system assets.